Electricity is a form of energy, which occurs when electrons move from one place to another.  Electricity travels at nearly the speed of light.  Though we all use cellphones and other things with batteries, electricity cannot be easily stored on a large (utility) scale.  It must be generated and delivered at almost the precise moment it is needed.

How is Electricity Generated?

A large turbine connected to these magnets creates the spinning or rotation. 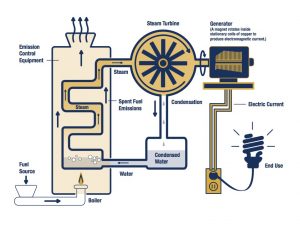 The turbine is turned by pressurized steam (in most cases) created by boiling water heated by coal, natural gas or other fossil fuels or by nuclear power in large boilers.  Or, the turbines are pushed by wind in a wind turbine (windmill) or by water in hydroelectric generation.

Solar electric generation works differently.  Electricity is produced when sunlight strikes a solar cell (objects made of semiconductors), knocking electrons loose.  A solar panel comprised of many solar cells is wired to capture these flowing electrons, or electric current.

How is electricity transmitted?

Simply put, electricity is transmitted from the power plant, which produces or “makes” the electricity, through wires to your house or business.  It is not dissimilar in principle to the way water from a reservoir is piped to your home.

For electricity to get to where it is needed, though, it must go through several intermediate steps. 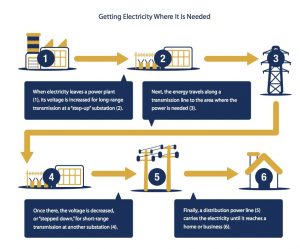 What are the fuels used to generate electricity in Indiana? 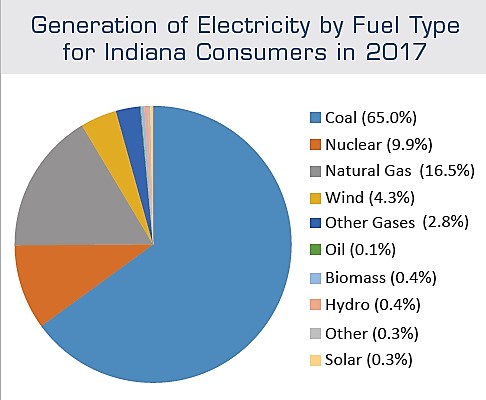 The North American Electric Grid system is a complex, interconnected network of generating plants, transmission lines and distribution facilities.  Electric companies have interconnected their transmission systems so that they may buy and sell power from each other and from other power suppliers to ensure the most economic power is used to serve customers and to provide reliability of service.  The grid provides redundancy in the event of an emergency.  “Electrification” was named the number one achievement of the 20th Century by the National Academy of Engineering.

The grid is one of the reasons the electric power industry is the most capital-intensive industry. IEA members invest over $2 billion annually on capital investments in Indiana, which includes generation, transmission, distribution, and smart grid system upgrades; new, cleaner generation capacity; and environmental and energy-efficiency improvements. 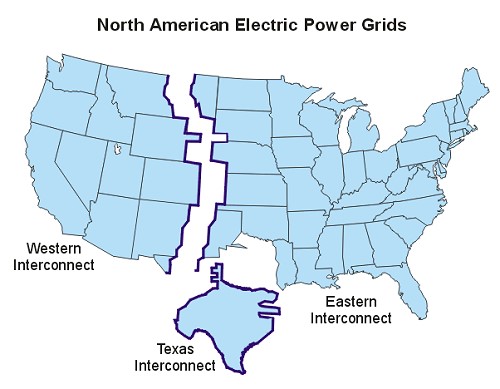 How is Electric Generation and Transmission Changing?

With the introduction of new, cost competitive technologies, the historic ways of generating and transmitting electricity are changing dramatically and swiftly. Electricity can be generated with solar panels, wind turbines and other sources. These can be scattered across a utility’s system reversing the flow of electricity from power plant to customer, and instead moving from customer back to the utility. New ways of storing electricity, primarily batteries, are being implemented as well. This is an exciting time and Indiana’s utilities are actively working to assure these technologies can be installed and operated effectively.