Indiana electric power emissions have dropped significantly since 2000, which is like results nationwide. Since 2001, emissions from Indiana’s electric power industry have decreased by 93% for sulfur dioxide (SO2), 81% for nitrogen dioxide (NOx), 37% for carbon dioxide (CO2), and 93% for mercury (Hg). 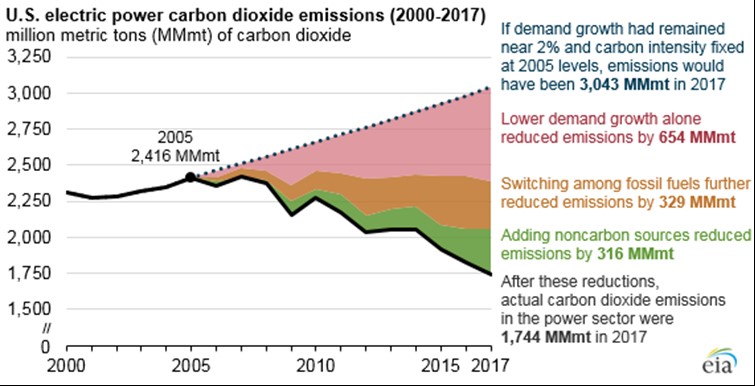 CO2 emissions. Historical U.S. Energy Information Agency (EIA) data on state emissions, generation, and sales form the basis for the analysis. It is apparent from the data there was another significant factor driving reductions in electric power CO2 emissions in Indiana: a significant drop in generation relative to sales.

According to State Utility Forecasting Group at Purdue University, comparing generation to sales to determine whether a state is a net exporter is problematic for a couple reasons. First, customer self-generation, including co-generation will show up in generation but not in sales. Similarly, transmission and distribution losses affect generation but not sales. For example, Hawaii is neither an importer nor an exporter, yet EIA data indicates that its generation exceeds its sales.

Historically, Indiana’s generation numbers have exceeded its sales numbers by about 20-25%. Recently, generation has fallen while sales have been relatively constant, as is shown below. Indiana has become a net importer, which has resulted in a significant fraction of the state’s reduction in CO2 emissions. To the degree that the source of the imported energy is fossil-fueled, there would be an increase in emissions from other states. 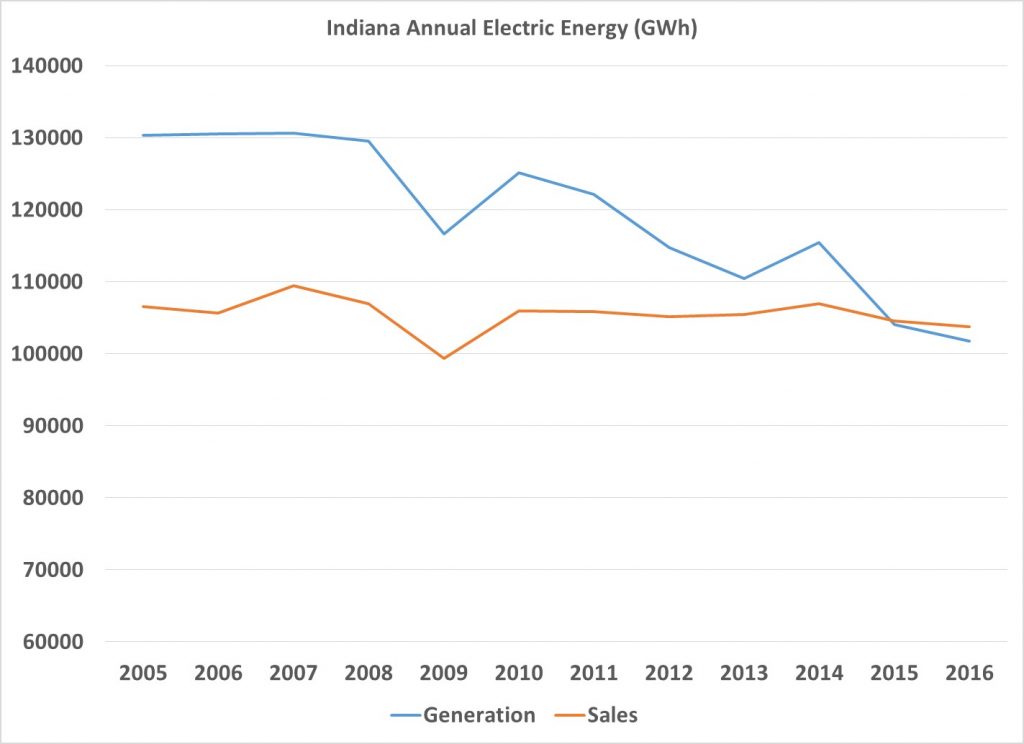 The resulting chart of CO2 emissions is shown below. If demand/generation had grown at 2% annually from 2005 to 2016 (complete data for 2017 is not available at the state level) and carbon intensity had remained constant, statewide power sector CO2 emissions would have been 154MMmt. Lower demand growth then results in a reduction of 33MMmt. The shift away from in-state to out-of-state generation results in an additional reduction of 24MMmt. Switching among fossil fuels for in-state generation reduces emissions by 6MMmt and in-state non-carbon sources accounts for 5MMmt. This results in the actual 2016 emission level of 85MMmt. 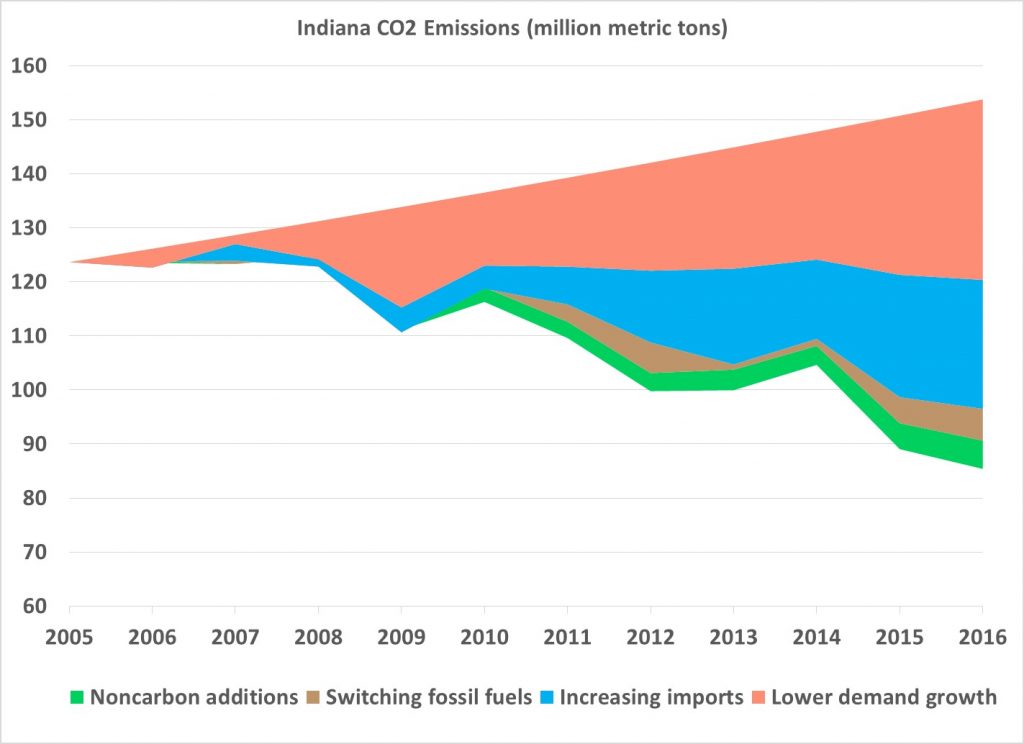 IEA members are dedicated to reducing their impact on the environment while meeting the demand for affordable, reliable and increasingly clean electricity.

The good news is that air emissions from power plants are declining nationally and here in Indiana. We are investing heavily in new energy technologies to continue to reduce emissions, including the construction of one of the world’s cleanest coal-fired power plants to the largest airport-based solar farms in the country.